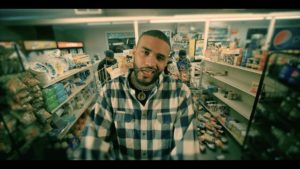 According to CNBC, unemployment in the U.S. could reach 47 million, while many institutions look to integrate virtual technologies. The virus has created a space that removes the “poor me” mentality, where people can no longer believe in the silos of their sorrows. You are not the only person restricted. The difference between you and other people who might be going through hardship is a variable of where you put your energy.

For weed smokers, we often turn on the game, and with high school, college, and professional sports also on shut down, its time to appreciate the legends. Watching highlights of Allen Iverson, Kobe Bryant, and Michael Jordan is like virtually visiting a world-renowned art museum. Now is also a great time to playback those Biggie classics while also making time to enjoy new music.

In Massachusetts, medical cannabis establishments are an essential business. Residents of the state that are in the medical program can purchase weed alongside food, beverage, and alcohol. Weed commerce during a pandemic proves progression on the in the minds of American people is changing. Massachusetts is one of two adult marijuana markets on the East Coast. Because of the regional factors, the state’s Governor (Baker) has decided not to allow adult-use commerce during the stay at home order. In CA, WA, NV, IL, OR, and all other states which have adult markets have considered marijuana a basic need of life.

Wow! That’s right people, marijuana is essential, like food. But because other states across the Northeast do not have an adult market, the Governor doesn’t want an influx of out of state patrons visiting dispensaries, increasing the likelihood of spreading the virus.

Massachusetts is the first state to introduce equity provisions into its cannabis commerce regulations. There is an effort to right the wrongs of prohibition in communities disproportionally harmed, which are mainly communities of color and veterans while also looking to diversify the industry. Marijuana delivery licenses are exclusive for businesses in the state’s equity programs over the next two years. Delivery regulation implementation and licenses will roll out within the next couple of months. As cannabis is essential and with marijuana delivery services in place, we can avoid scares of spreading the virus.

With two prime intersectional highway access, Major Bloom is a company in the states equity program with exclusive access to delivery licensing. One of the companies locations is in Worcester, home of Joyner Lucas, the top music artists to come out of New England in a while.

The multi-grammy nominee artist recently released his first debut album, ADHD, which is chart-topping around the globe. He has made music with legends such as Eminem and Chris Brown displaying is versatility and skills. During these times of social distancing, millions of viewers have enjoyed his latest music video for the song Will, which Joyner dedicates the song and visuals to his ideal and mogul Will Smith. Joyner raps of his inspiration drawn from Smiths’ acting career.

Cannabis and music play a massive role in each other’s eco-system. There is nothing better than loudly listening to great music (like Joyner) while on the move to deliver weed and complete cannabis transactions. At the last leg of the supply chain and carved out for social good, the infrastructure around marijuana delivery services will help the economy bounce back while also keeping local communities safe.