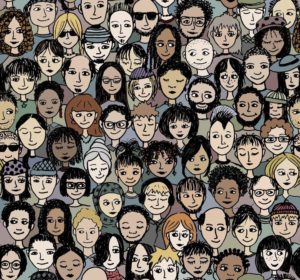 For creatives and business people that work to bring value through an offering, you’ve likely touched the four P’s of the marketing mix. The alliteration helps you define and map out factors to turn your target customer into a paying customer. When you’ve selected your target, found out their needs and requirements, designed a solution, and now you are ready to come to market, this theory may help you get there.

Let’s say your company rolled out a new technology that required employees to adapt and change systems. The company can substitute and use four related pillars as a foundation to help facilitate and bring change to your organization. We can take this model, make a few changes, and apply it to applications that are new offerings, such as the instance of cannabis legalization. As product, price, place, and promotion are pillars of the marketing mix, here are the four components of marijuana legalization.

Public: The general public and constituents vote to pass ballot initiatives. In cannabis legalization, Public Education is a pillar to success, which I believe starts in Public Schools. When us 80s babies were in elementary school, we were misinformed, through D.A.R.E. about the harms of marijuana. It is more useful to teach about the damages of prescription drugs and alcohol. Public education around cannabis starts with the rich past uses. And it moves forward to the in-human racist policies, mapping out a better way of integrating the plant back into society.

Press & Media: Print newspaper has ties to propaganda against marijuana. The media mogul William Randolph Hearst supported the criminalization of marijuana in the 1930s because the multifaceted material of hemp paper threatened his profits. Lies about the plant and people of color were pushed on the general public. Today many media outlets covering marijuana paint the money picture, where stakes are high, and profits are good. The struggles of racial and economic disparities are only a storyline and do not offer real solutions or recommendations through the media.

Policies: Here is where we need to be intentional and deliberate. The state of Massachusetts was the first state to introduce equity initiatives, but nearly four years later, there are no program participants (of color) open. If blacks are three-times likely to be arrested for weed, they should also be three-times likely to open a marijuana business, right? The problem is the years of target arrest, and now when it comes to licensing, policymakers are not targeting these communities in the same efforts. The same way police departments were strict on prohibition laws for low-income and communities of color, legalization policymakers need an entire equity department to ensure full participation, diversity, and equity in the industry.

People of Color: Don’t make decisions without consulting communities of color. The interviews, forums, or surveys can be with community leaders or directly with the people impacted by the War on Drugs. A dialog is not enough; people of color in your office, is not enough, you also need to include people of color as the decision-makers and regulators of the industry.