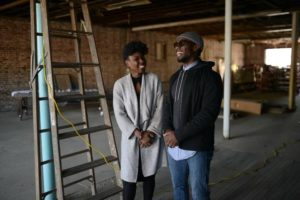 Across America, approximately 80% of people or 260.6 million people have at least one brother or sister. Nearly 65 million males have at least one sister. Having four sisters is a divine blessing, and through each of them, my perspective in the cannabis world becomes individually unique. I’ve smoked them up, “gifted” them, and I will continue to do so until we grow old. They’ve influenced my path towards pursuing this marijuana venture! Keeping the family tradition alive, now is the time to take action on investing in the family. How can we invest in our families’ future? A short answer, real estate, and entrepreneurship.

This summer, I met a millionaire investor who specializes in the analysis of profit margins, and he carries this skill into property development and construction trades. We will refer to my millionaire investor plug as Gavin for this post. Gavin started his professional career as an entrepreneur, starting and selling a software company in his 20s. Gavin and his sister own and manage over 100 million dollars worth of property on the campus of an Ivy League College in New England. Construction and Multi-Million dollar property is his side hustle. Gavin is still working fulltime in the tech market as an executive, reviewing company profit margins and structuring deals.

A few weeks before meeting Gavin, my youngest sister asked for a couple of hundred bucks to start an eyelash extension business. More recently, my sister texts me, “I want to get more money to open a beauty bar.” I’m happy to say her business is profitable, and she has the opportunity to run the business fulltime from our parent’s basement. Shout out to Lash Trap by Faith! Not long after desegregation laws took place in the 1970s, President Richard Nixon introduced harsh drug laws that target young men of color that have a residual impact today.

My father was six-years-old, living in the south when Nixon took office. Nine years later, from 1980-1990, my father had an epic decade run at life. At 15, he had my oldest sister in 1980, followed by two more sisters in 1984 and 1986 and the only boy in 1988. In a decade, he had four children by three different women and developed a cocaine habit, which wasn’t uncommon in the black community during the war on drugs.

After my birth, he kicked the drug habit, got married to my mom, started a job with the union, and found his faith in God. Although two of my older sisters are half-sisters, sharing the same father, he raised us all with love and support, plus we all similar facial features! During those ten years, from age 15-to-25, my father became a man.

Today, he is a charismatic man that has a love for my sisters and me (and grandkids), my mother, his work, and the church, which he heads. While in his 30s, my father started a business and became an ordained preacher and fathered my youngest sister. Although he is a preacher, he was never overly demanding with religion norms in our household. I think it is because his life was heading in a much different direction compared to his children. At age-17, my dad was running the streets with cocaine, moving from the South to up North. And me at age-17 I was switching states, on my way to college with a few ounces of marijuana, smoking weed in driveways with my sisters and friends.

My four sisters have made me a better person. For any organization, women in leadership roles are more powerful than ever. Major Bloom’s, co-founder, Laury Lucien, is the oldest of four sisters.

Every moment of having four sisters has helped guide me towards starting Major Bloom with such an influential person. Laury and I have the same values when it comes to family. Our goals are to improve communities impacted by the war on drugs. Born in Boston, MA, but raised in Hati, her community extends towards a global perspective. She is a community leader, a lawyer, a martial arts instructor, and an educator. After business, Laury has an aspiration to get into politics, and it’s my will to support her to get there.

I want to support Laury in politics the same way, I want to support my little sister’s beauty expansion. In my professional career, I’ve worked for and alongside some spectacular women. Still, nothing compares to building a marijuana business with an individual who has the potential to become President of the United States. Our current president is a real estate mogul, with a brash mainstream media persona. I can imagine a tech or marijuana mogul running for President in the upcoming years. Our tech or cannabis inclined president has a large likelihood of having a sibling.

Did their siblings know back when they were hotboxing in the driveway, that the same activity which was once frowned upon in society, now catapulted influence and social change? Family time, smoking weed with your siblings is like a family therapy session giving you all perspectives on what’s going in the world.