From Servitude, to the War on Drugs, now Licensing Inequities

Home
/
Blog
/
Business
/
From Servitude, to the War on Drugs, now Licensing Inequities 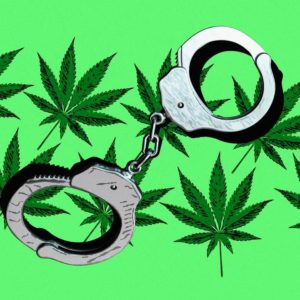 The War on Drugs has impacted our current perception of cannabis and how the legal market is created and regulated in Massachusetts. The War on Drugs in the United States dates back to when immigration became present in America. PBS does a good job going over key points in the timeline related to the War on Drugs and our current position on cannabis. Between the 1600s and 1890s, cannabis and hemp production was encouraged; they were common in many medicinals. Our first President George Washington even grew hemp on his plantation, using forced slave labor. At the time of his death, an estimated 300 slaves were on the farm. In 1906, cannabis was an ingredient in over-the-counter medications. From 1900-1920, the recreational use of cannabis was brought to the US by Mexican immigrants when anti-drug campaigners labeled it “Marijuana Menace.” During the Great Depression, research conducted inferred that it led to violence, crime, and inappropriate behaviors. This research was inaccurate and driven by an unknown source, causing the generalization of cannabis users, which led to 29 states outlawing the use of cannabis. Next came the Federal Bureau of Narcotics and the Marijuana Tax Act. In the 1960s, we again see a shift where cannabis laws become more lenient before the DEA’s inspection and a stricter stance on cannabis develops. By 1996 Medical Marijuana became legalized in California. As seen in the timeline of cannabis in the United States, there was a constant change in perception around cannabis and cannabis products. With each generation, new “research” has shown different findings in the side effects of cannabis use. This inconsistency has led to a large part of the population having misconstrued thoughts regarding cannabis and its benefits. Its stereotype of being racially inferior has wrongly contributed to a disproportionate amount of arrests for brown and black communities. One study conducted by the ACLU has reported that Black people in Massachusetts are four times more likely to be arrested for cannabis than white people, even though they have similar usage rates. However, looking more closely at this data, Black people are 13 times more likely in Bristol and Berkshire counties and 116 times more likely in Franklin county. While Massachusetts is one of the states with the lowest overall arrest rate, there is evident work that needs to address, as shown by arrest ratios.

“To truly combat the War on Drugs and better improve the program’s outcome, my recommendation would be to create better metrics surrounding goal numbers that would reflect the industry’s change.”

Massachusetts social equity and economic empowerment programs took inspection to help combat the War on Drugs. These programs target disproportionately impacted communities, people who have a prior drug conviction or have a parent or spouse with a previous drug conviction. At the surface, the programs ensure people who have been affected most by cannabis prohibition to ensure they benefit most from the legal cannabis industry; however, many seem to fall through the cracks or are unable to put the programming knowledge to use after completion. The programs provide technical training and assistance as well as professional development. While the Cannabis Control Commission releases an annual report, they do not publicly present target numbers for participation. To truly combat the War on Drugs and better improve the program’s outcome, my recommendation would be to create better metrics surrounding goal numbers that would reflect the industry’s change. Currently, seeing the small number of program members who have accomplished becoming licensed is minuscule compared to the number. Only about 30% of provisional licenses earned by social equity and economic empowerment applicants have progressed to a final license. With currently about 770 final licenses granted in Massachusetts, we see about 5% of the industry being social equity and economic empowerment applicants. With this low percentage of the industry, we need to see some significant changes happening. Currently, the fight against the War on Drugs through equity programming is lacking, and even once businesses get a provisional license, there are still barriers to entry. Major Multi-State Operators are trying to help these equity businesses on a surface level to show the CCC and consumers that they are “doing their part,” but there is more than can be done. Large MSO’s have the resources and ability to help with start-up wholesale pricing. They could provide insight and technical training to the equity businesses better understood once an applicant operates. Teaching METRC and specific other programs during initial equity programming gets lost in translation when a final license is awarded up to 2 years later due to building out and business development. The state has been doing what it needs to do to uphold the written legislature but isn’t doing anything to make progress in reversing the War on Drugs. The CCC needs to set new metrics and clear expectations out, saying that it will ensure X% of the industry is owned by equity businesses or Black owners by 202X to ensure that it happens.