Marijuana in the Media 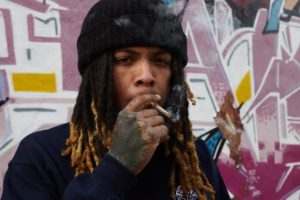 The media’s relationship with marijuana is going strong. There were racists remarks and propaganda in the 1930s. And don’t forget the “get tough” campaigns during the war on drugs. And now, we are experiencing coverage of legalization and licensing in the states.

This week, I had the pleasure of visiting the Worcester Telegram & Gazette, which is one of the primary sources for print and digital news in Worcester County. Across the Massachusetts, marijuana entrepreneurs and companies are working with news outlets to give their insight and perspective on the regulated cannabis market, and where they sit in line for operations.

Major Bloom hasn’t received much attention for two reasons, one, we aren’t operating yet, and two, we don’t look like or act like 95% of marijuana companies covered in the media. No matter the genetic makeup of the company, we all have to go through the same state and local licensing process. In this case, when I visited the Telegram, I needed to move our legal notice release date up one day, and I met an OG that helped me out big time! His name is Robert, shout out to Mr. Robert at the Telegram!

The plot thickens when a marijuana company is seeking the media company for a story. With restrictions on advertisements, its standard practice for marijuana establishments to seek attention from the media’s audience. The attention-seeking is also known as publicity. When the focus is for a good reason and tells a good story, it can be educational, inspiring, and entertaining. But many times between, a story can get lost and move in a direction which perpetuates stereotypes, inequality, and creates a false narrative through inaccurate assessments.

Getting through marijuana licensing is undoubtedly tough, but coming up from a position of disproportionate impact and going through state licensing is even tougher! The stories told of minority-owned and equity program businesses are stories of displacement, dependence, and dysfunction. Assessing the licensing process to create a narrative starts with the history of marijuana regulations, not the emergence of new tax dollars. In the ’70s, when national media covered the nation’s leader declaring the “war on drugs,” people of color were removed from their family, their communities and placed in jail. The nation’s leader did not act on jailing communities of color but only started the idea and created the framework so that states, counties, and municipalities could execute. Now those same districts are collecting marijuana tax dollars mainly from people who haven’t been targeted by state and local law enforcement. Social Equity programs are necessary, but business operations support is not dependent on any of these programs. The cannabis equity programs help with cannabis licensing but show little support for general business operations. When any minority-owned business gets media coverage, let’s talk about other social variables that are factors to the battle. And let’s talk about real experience, value, and ideas to overcome those social barriers. The portrayed dysfunction of minorities in the media is not self-imposed. Dysfunction is a factor of systems oppression across private and public organizations and institutions. Political leaders and the media have “worked to pathologize blacks in the American imagination to justify mass incarceration, widespread economic inequity, and urban disinvestment — as well as to gain and maintain political and social power,” wrote Nicole Rodgers, founder of Family Story.

Robert has worked at the Telegram for 38 years – which is why I call him an OG. The Monday after Thanksgiving, we got a significant snowfall; they canceled schools, offices, and stores closed for the day. There were 100 cubicles lined up in the Telegram office, and Mr. Robert was one of two people in the office that day. Gatehouse Media recently acquired the Telegram, and I asked Mr. Robert what his future looked like after 38-years of employment with the newspaper company. “Training and learning new systems. – It’s hard to teach an old dog new tricks.” says Mr. Robert. Much respect to Mr. Robert.

For marijuana companies, the new trick is controlling the narrative using social media. The internet has empowered us to tell authentic stories that can reach people and dig deep into education, inspiration, and entertainment. Tracy Jan, a Washington Post journalist, reports on a study where Researchers reviewed over 800 local and national news stories and commentary pieces published between January 2015 and December 2016, randomly sampling the most highly rated news programs for each of the major broadcast and cable networks. The researchers recommend for news and media companies, include stronger standards for sourcing information and experts, providing greater social and historical context, and involving people of color in setting editorial standards.

For companies creating a narrative and telling stories directly to their audience, these same recommendations apply.