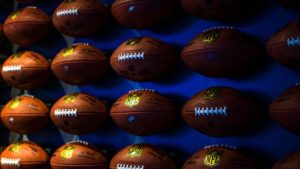 The NFL has 32 teams and approx. 1,700 players. Nearly 75% of NFL players are Black/African-American. The minimum full year, base salary is over $400,000 while most veterans, starters, and franchise players make much more. The average NFL career is about 3.3 years.

Every year, there are over 1 million high school football players, which means those 1,700 NFL players earned their spot. Professional athletes, especially, football players make tremendous sacrifices for the game, so it’s tough to witness our president disrespect a profession at which he has little knowledge of and could not succeed in.

The NFL’s nonviolent kneeling protest has nothing to do with war veterans or our troops. It has everything to do with police brutality and social justice. The powers that be, in the media, say players taking a knee is disrespectful to our military but the only disrespect that is obvious are the unjust dealings and the words used by the president.

There are many school districts around the nation that do not make their students say the pledge in school, are those children and each school districts sons of bitches? Our president needs to refrain from attempts to divide and focus on the issue.