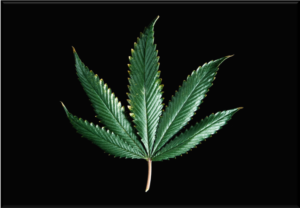 In early 2000’s I was introduced to weed, weightlifting, and business – all nearly at the same time. Starting as a teenager, the correlation between these three has created a delicate balance in my life. The balance represents an ability to diversify passion, adapt, grow, and to continue a learning process. I realized marijuana consumption and distribution was an economic and social phenomenon.

With curiosity on my mind, I asked: “does weed lead to harder drugs?” Because the marijuana remains wrongfully outlawed, it’s sold along with other outlawed drugs, such as cocaine, steroids and pain pills. My marijuana interest strengthened on the perspective that the local weed community comprised of athletes. My attention was strong before fully understanding marijuana helps with inflammation and pain. Weight and strength training improved my athletic performance. It was an outlet to set my mind on goals, develop a competitive drive, and camaraderie with friends.

Other than school, if I wasn’t training or around marijuana, I was stepping into entrepreneurship by working a family business. Since 2002, my dad has had a power washing business, and during my teenage years, I had the pleasure of helping grow it.

Not only was I creating a legitimate income for my family but the work was in my family name. As many teens are today, I was around illegal drugs and had access to these drugs, and I know business helped me gain a higher perspective on the benefits of marijuana. As marijuana becomes legal across the U.S. and the opioid epidemic increases, education and entrepreneurship will be the most influential tools to impact communities negatively affected by drugs.

The summer holds a warm spot in our hearts. To many, it represents time away from school and work. People travel, party, and hang with friends and family. With longer days and warm weather, it’s common to spend as much time as possible outside. My earliest memories of my childhood and teenage summers are outside.

With four sisters, I spent a lot of time hanging with the neighborhood boys. We grew up in the working class; my dad started the power washing business while driving for UPS and my mom a nurse. So, other than the occasional family trip, my summer days were full of new adventures. We used house phones before cell phones to plan the day, and AOL instant messenger changed the game, allowing for schemes and “late night” chat with our crushes.

Life felt new: our bodies, minds, and the world around us were all going through significant change. Marijuana, tobacco, alcohol and a list of other drugs all available to us teenagers, not even in high school yet. Being a teenager isn’t easy, but my experiences with sports, business, and illegal substances helped me gain self-awareness.

As a teenage athlete, I always wanted to be the top performer amongst my peers. Self-awareness influences athletic performance, and it’s also a trait that people respect. Self-awareness is beyond physical performance it is a mental game. Being self-aware to push yourself to new boundaries, regardless of what people say. Self-awareness is also the ability to understand the perspective of others and your environment. Staying honest with yourself, educating yourself and staying motivated. Love is a trait that motivates and we all must acknowledge and respect.

As a teenager, expressing love isn’t easy, so you just do things you love without thinking. Love for weed, money, music, girls, sports, art, spend time doing things you love.

I was fortunate to spend my summers working a family business. Our company started off as weekend jobs and over the years slowly grew. By the time I started driving at age 16, we were busy all week during the summer. While my father was working his 9-to-5, my business responsibilities increased.

I took a lot of pride in driving our branded truck, with logos and decals wrapped all over the vehicle. We acquired commercial restaurant accounts as customers. Restaurants have hood vents, filters and other equipment that need to be cleaned regularly to pass local fire inspections. Because of the importance of fire prevention, restaurant accounts were on frequently scheduled throughout the year, including cold winters.

For restaurants, we typically did not provide service during regular business hours; we’d either show up before or after the restaurant hours. Working these seasonal and un-uniformed hours gave me the flexibility to pursue other means of making money. If I wasn’t training my athletic ability, I was independently working with an entrepreneurial spirit. For example, I even delivered pizza for one of our restaurants during busy days in the summer. I was on the road, navigating the streets, highways, and neighborhoods of Southern Connecticut and I did so, most the time with weed on me.

Though I wouldn’t realize until later, this was before I understood the medicinal benefits and social injustice associated with pot. As if being a young black male isn’t enough, I was driving careful so that I wouldn’t get pulled over. And when I got home, creating methods to mask the sight and smell from my family.

Nearing my later teenage years, I realized weed united people. My friends were athletes, and we always had weed. We stayed around parties, with other weed enthusiasts, whether you were student-athlete or honor student. I was the man with a lot of confidence, hanging with competitive athletes and lawbreakers daily.

Our teenage parties were full of illegal movement, out thinking local authorities and attempting to be one step ahead of our parents. The few times my parents caught me stoned or found my stash around the house, my reply was weak: usually trying to convince them that my pot usage and association would not lead to harder drugs, with only my word and not a full societal perspective.

My beliefs and self-awareness were right, but also, my parents were righteous in their concern towards my relationship with marijuana. They did not want me around pot because it was illegal and only yielded consequences of illicit drugs. Their only perspective on weed was that it is illegal – they didn’t understand how it connected people and my friends. And as a teenager, I didn’t think about the staggering disproportionate arrests and law enforcement targeting people of color. One slip up could have led to an uncertain future.

Fast forward to today, the public perception is changing on marijuana, mostly because of the medicinal value but it is still federally outlawed. Because the plant continues to be federally banned, the medical marijuana market remains controlled by private investment firms and the private interest of small groups with big money.

Today, most medical marijuana company founders and executives don’t look like me, not because of my muscles and tattoos, but only by the color of my skin. As a teenager, I woke up every day looking forward to growing my family business, smoking weed with my friends and training like a baller! Today, I look forward to meeting with investors, developing business strategies with my team and staying healthy by any means.

Although I do not weight-lift and train like a competitive athlete anymore, I still spend a few days a week weightlifting and balling, to come home to protein and marijuana for relaxation and recuperation. As a teen, my loving parents gave me the tools to live a crime-free life, valuing education and entrepreneurship. I’ve obtained two business degrees while also gaining experience in healthcare, pharmaceuticals, and the energy industry. What remains is the social injustice, leading to institutional discrimination.

I wouldn’t be writing this post today if it wasn’t for the systemic unfair practice I’ve endured that is passively swept under the rug while working in favor of larger corporations. With the legalization of marijuana across the nation, over 90% of legal marijuana entities are white owned and operated while historically, minorities have been 3-to-4 times likely to be arrested for a marijuana offense.

Looking at the rate of arrest before legalization, you would think that minorities are around marijuana, therefore, also represented in the legal game, operating marijuana business. In actuality, our nation’s history of targeted arrests, combined with high barriers of entry into the legal market shows a massive gap that should be filled through legislation and education.

Adults can purchase legal marijuana if they are over the age of 21, but pot will continue to be accessible outside of stores, regardless of age. The unregulated market creates an educational gap while large marijuana cultivation corporations do not care to fix years of targeted arrest, only to perpetuate systemic discrimination.

Many legal marijuana establishments are solely concerned with the current market and lobbying regulations for licenses, not educating the youth and restoring drug offenses.