The Greatest in the Game | Sports, Entertainment, & Cannabis 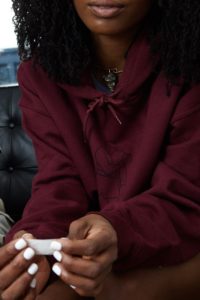 Greatness is not natural. A few weeks after the tragic passing of Kobe Bryant, his daughter GiGi and seven other passengers, his eminence, now amplified, displays his dedication. He left behind the motivation to strive to be the best versions of ourselves every day. There is a chance that we share the viewpoints for other greats in the game, Jordan, Gretzky, Rice, and Ruth. There is the 10,000-hour rule, which is a proven theory of success in any field, from sports to technology. In his book Outliers, Malcolm Gladwell explores the greatness of the Beatles, Microsoft Founder, Bill Gates, and why Canadian hockey players are born early in the calendar year. Success is making it to the league, securing a high paying job, signing a recording contract, or even having a profitable business. Greatness is shattering the 10,000-hour rule and dedicating yourself to your craft not to be satisfied with having “made it” to the elite group. It is rare but still found in every professional field, including insurance, cannabis, accounting, education, law, etc. It exceeds beyond the expert group of highly skilled people that you are surrounded by and pushes towards the purpose of individuals who are seeking to go beyond.

There are moments in sports where luck passes, skill asserts, and evident preparation is attributed. Those moments are usually in the playoffs or during the final seconds of a game when a daring string of events appear to lead a team to victory. For an entertainer, those same preparations and skills come forth in a movie role, series lead, or a top-charting album. Practicing game-winners will help you prepare, but ultimately, Peyton Manning (the NFL’s all-time game-winning drive leader) became a better decision-maker and clutch precision passer during the final seconds of each game. In the cannabis industry, at your professional service firm or in the classroom, when do we make clutch decisions in stride towards greatness? Our greatness comes through our failures. As many times as Michael Jordan was trusted to take the game-winning shot, with seconds left, he has missed about half of them. His missed shots have made him one of the greats. But the important attribute is to take your chances and learn from them.

The teenager wasn’t thinking about the 10-thousand hour rule. The memorable marijuana encounter was in an alley behind a small strip mall. Marijuana was illegal but readily available when you knew the right people, especially having older siblings. And so the 10-thousand hour rule started by spending time moving with marijuana and around the culture which daringly consumes it. He hung with the weed heads and also knew how to acquire small or larger quantities. He wasn’t familiar with market research, social equity, or systematic oppression. But as wisdom bestowed over the years, the picture became more apparent that the back alley and unregulated experiences that built the popularity of the plant is now in jeopardy. The legal marijuana industry paints its own 10-thousand hour rules that include exploitation. And although illegal, just like the boy moving around with marijuana gaining his experiences, the gentrified marijuana companies move around the legal system, ignoring the past oppression of communities torn apart by prohibition. The difference between the market researcher and corporate group — he finds his greatness in sharing failures and helping others around him improve their game.