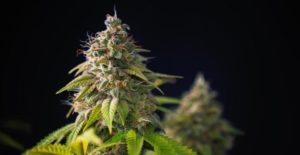 In the cereal box, there are directions and a mail-back envelope. All you have to do is provide your idea and send the container back, and you are now a potential winner. Fast forward to the present day, your idea submissions are electronic, and end-users have the choice to directly support your idea.

Crowdsourcing, a term developed by Jeff Howe and Mark Robinson, editors at Wired, came into effect in 2005, where they explained how companies and institutions can now use the internet to outsource work. With the rise of social media, cousin Crowdfunding; has seen tremendous market growth over the last decade, heading towards $100B by the year 2023, according to Businesswire, a Berkshire Hathaway company. The industry shares a mellow history within society, much like cannabis.

What would happen if the federal government endorsed cannabis banking by merely allowing the cash flow? As long as we’ve been around marijuana, it hasn’t prohibited you from establishing a bank account, so you pay it no mind, depositing taxable income like an upstanding citizen. A typical Chase and TD Bank accounts don’t come straightforward as a business owner in the marijuana industry. The majority of the neighborhood and national banks are Federal Deposit Insurance Corporation (FDIC) approved. Marijuana remains a Schedule 1 drug, so if your business’s income is directly from the sale of marijuana, your account is not compliant and is subject to getting shut down.

For this same (FDIC) reason, the leading crowdfunding platforms are known for rejecting cannabis campaign idea submissions. But don’t worry, cannabis crowdfunding is a way to reach your target customers directly, and it is bound to break through, despite the strict regulations.

After observing numerous campaigns on leading crowdfunding platforms and speaking with representatives, the decision is clear. If your business “touches the plant,” you’re not compliant with the platforms.

Brand authenticity is lost when you water down your message by inferring gimmicks, misrepresenting the plant. And on the other side, you don’t want to make health claims, overpraising the plant as a miracle drug because the FDA is all over that.

State Cannabis agencies that have grants, loans, and other financial support for social program businesses can add crowdfunding to their tool belt. This idea co-exists with the need for an equitable industry, connecting regulators, investors, and communities in cannabis.

Agencies can offer pools of funding in the form of grants, to the social program businesses in the community, Patronicity calls it Crowdgranting. Donation to a campaign illustrates community buy-in and a vote of confidence that a given business is something they want to see in their neighborhood.

For a successful campaign, the state can match one to one while donators have tax deductions and exposure to further investment opportunities. There is no need to reinvent the wheel; this model is already successful with brownfields and other distressed real estate properties, which need a bit of extra community support.

A statewide system creates a funnel and clear path for larger operators to buy-in-to. And to break barriers of being confined to the state, this platform or system can be adapted by neighboring states who want to create fair access to capital. With an upstanding platform, the work and control get disseminated amongst private, public, government, organizations, and patrons who want to back any particular campaign.