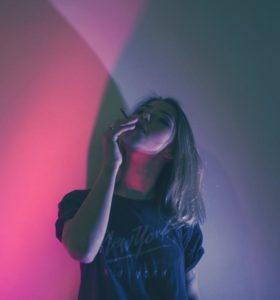 Theranos Inc., a unicorn company, valued at nearly $10B but wasn’t worth the paper sitting on your desk. The companies building blocks and foundation were all lies and the power of persuasion. It’s now spring semester 2020, and lecturing on ethics brings me joy, where Theranos is the topic of a weekly discussion. Telling the truth will put you in a position for your story to last in abundance and bring real value to people’s lives. The truth will always come to light, and when one lies, one has to figure out ways of cover the facts, digging deeper into a never-ending web of falsity, much like Elizabeth Holmes and Theranos Inc. Cannabis prohibition is lies coming from people in a position of power and media outlets. Although cannabis is not as groundbreaking as a healthcare solution with the potential to flip blood lab testing operations on its head, there are a few publicly traded multi-state cannabis operators valued in the billions. Yet, those companies still hide behind the difficult lies, which gave them the advantage to make profits off legal cannabis.

Most extensive Marijuana Stocks in the World

When you can raise money and manage it, especially in the billions, there is no question that you have a gift. The gifts should bring people together for good, not deceive people. Elizabeth Holmes is gifted, much like the cannabis companies, with the ability to raise billions and manage their businesses. They bring real value to people’s lives through high paying jobs, charitable contributions, products, and services. But that value doesn’t cover up the long history of systemic disenfranchisement. In many ways, the success of these cannabis giants is an effort too disregard the harsh past and gentrify a new future. But the cannabis consumers and culture have a long memory.

My truth is standing up for marijuana social equity while also standing behind the impact-driven cannabis lifestyle brand, Major Bloom. If you are looking to open a legal dispensary or legal marijuana grow, you will need a great team along your journey. Major Bloom’s started as a diverse team, looking to bring diversity to the industry. We set out to find locations in which we could grow, process, and sell marijuana products. As a company, without millions in funding, we found multiple locations and bootstrapped (spent our funds) to acquire local approvals. At one point, we were up against a $16B company for a retail location in the City of Worcester, which I reside. Through grass root efforts, we were able to secure a Host Agreement (local approval) to sell retail marijuana in the City. I showed up the City Hall multiple times a day to check in on the process and build relationships with decision influencers to guide the host agreement process along. For an unethical, large company, their strategy is “pay to play” — in other words; they are willing to pay off politicians to get approval. Since the Canadian Stock Exchange doesn’t back Major Bloom, it takes a bit more creativity and grit to get through the licensing process. At the core of the Major Bloom business is social impact and corporate responsibility, and for us, taking responsible action is a no braining giving the history of cannabis prohibition.